Can You Really Compare Apples to Pears?

Home > Can You Really Compare Apples to Pears? 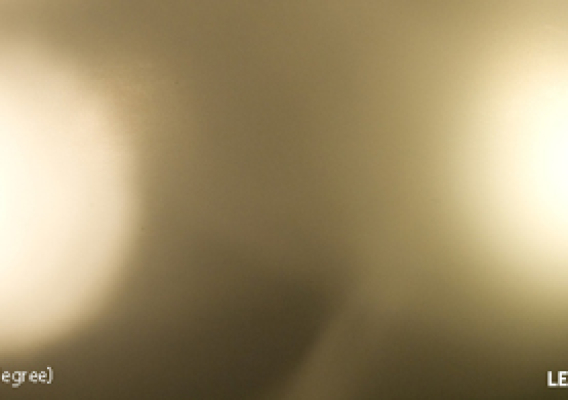 Can You Really Compare Apples to Pears?

When considering LED lamps, most people automatically try to associate LED lamp output with what they already know, and are familiar with, in regards to available landscape lighting.

This is why one of the most common questions we’re asked is “Is an Illumicare LED lamp the same as a BAB, or ESX?” The simple answer is, NO, it is not the same.

In many cases, the Illumicare LED lamp is better.

Take, for instance, lamp beam pattern. If you position a standard halogen MR16 beside an Illumicare LED MR16, just 12 inches from a wall for a grazing effect, you’ll notice a distinct difference in beam pattern.

What is immediately apparent, is how much smoother and more consistent the spread of light is with an LED lamp. No dark shadows, or striations, like you get from a typical halogen bulb. Just a nice, even light field.

In most cases, the optical quality of Illumicare LED lamps is superior to that of the halogen reflector lamps.

Now let’s look at beam spreads of MR16 lamps. Illumicare lamps are offered in 15°, 30°, and 45° beam spreads, depending on the color temperature. While halogen offers 12°(ESX), 24°(BBF) and 40°(BAB) or 36°, depending on the vendor (We’ll cover the inconsistencies in ANSI standards further down). Now, a 3° or 6° difference doesn’t seem like much when you are just looking at the beam angle, but what does it mean in terms of overall surface area?

Math calculations used in stage lighting show us that at a distance of 10 feet, a 12° beam spread will have a diameter of 25.25 inches, while a 15° beam spread has a diameter of 31.6 inches (Distance x 2(TAN(1/2 beam angle)) for all of you fellow math geeks out there!).

That’s a difference of approximately 50%.

At the AOLP COLD Conference in February, Illumicare was invited to participate in a comparison of several brands of halogen and LED MR16 lamps. The audience was amazed at the visible differences in light output, beam patterns and beam spreads that the leading manufacturers’ lamps produced.

Simply put: no two BAB lamps produced the same light and many were not even close.

This comparison was an eye opener for everyone in the room, and brought to light (no pun intended) the inconsistencies in what we generally consider to be “standard” lamps.  It all comes down to using the right lamp for your lighting application.

After using Illumicare’s LED MR16 lamps, many customers have commented that they no longer worry about equivalencies. Through education and application, they know exactly what to expect and have adopted LED lamps without thinking twice.

So unless you are into math and calculations – and want to play around with the numbers on your own – save yourself time and download our spec sheets: Illumicare MR16 Spec Sheet

We provide full photometric data, including the standard foot candle “V” charts, on all of our LED products. This is the easiest way to view the beam spreads and intensities that our lamps produce.

The most effective way is to try them yourself.  We are confident that the more you use our LED lamps, the less concerned you will be with equivalencies and comparisons.

It’s time to stop worrying about equivalents and start using the light source that gives you the most precise beam spreads, and flexibility in design.

For more information about equivalents and our LED lamps, please contact sales@illumicaregroup.com

Read what our landscape lighting customers have said about our LED lighting products, or share your own testimonial or comment right here: